My team at Healthlink have just finished a proof of concept around Continuous Delivery. Here’s the writeup, sanitised for the internet.

We’re a Health IT company based out of New Zealand, and run an set of products that provide messaging integrations between Healthcare organisations across New Zealand and Australia. Our applications are a mixture of desktop and web service based, and we’re currently undergoing a massive change process from Waterfall to Agile and from a bespoke services company to a truly product focused company.

Our time to market is poor, we want to shorten our release cycle and provide and awesome service to our customers (above and beyond the services that basically enabled us to become a monopoly in New Zealand).

To enable rapid iteration, we needed to shorten our feedback loops, and the best way of doing that is by implementing continuous delivery.

The Principles of Continuous Delivery

There was quite a but of work to do to enable our solution, continuous delivery has a bunch of prerequisites and we wanted to abide by a set of core principles that would guide the technology and process decisions we made.

The principles that guided us are:

The Tools we chose

Here’s the system we built, end to end. It’s a bit busy but it is quite compact, and looking at it, I can’t see anything I would take away to make it simpler, which I think is a good thing. It’s as simple as it can be while still being powerful enough to deal with any deployment requirement we might have. 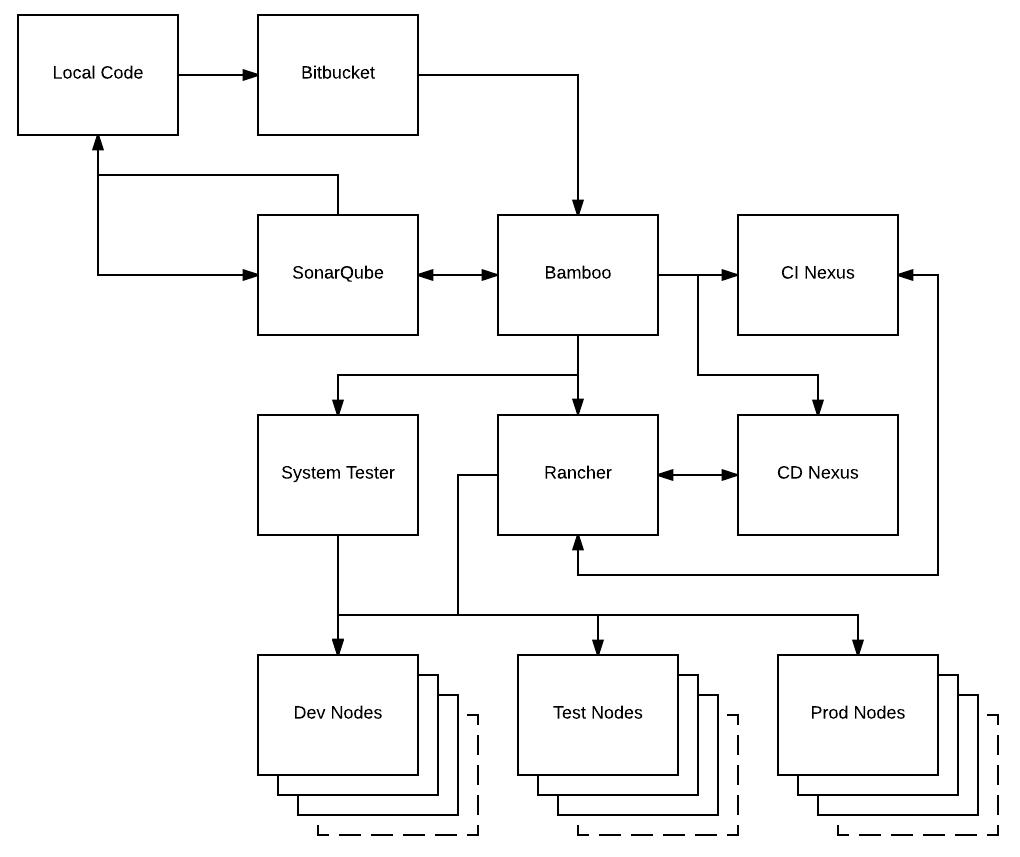 What value has the business derived from this project?

Applications that use our CD Pipeline gain the following benefits:

The business benefits derived from this then are: